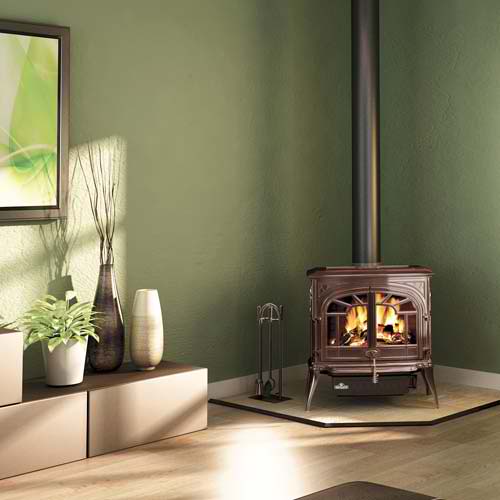 Wood burning stoves are a way for home and business owners to assert their energy independence by using wood pellets or logs as an alternative heating fuel.

But many of those stoves were early models designed in the 1970s and ‘80s and lack the energy efficiency and cleaner burning capabilities of later models.

The administration of Gov. Charlie Baker and Lt. Gov. Karyn Polito recently announced $450,000 in funding for the 2018 Woodstove Change-out Program that provides rebates to homeowners who replace older stoves with cleaner, EPA-certified models.

The announcement was made by state energy and environmental officials during a tour of the Fireplace Showcase in Seekonk owned by local businessman Randy Titsworth.

Launched in 2012, the Commonwealth Woodstove Change-Out Program is administered by the Massachusetts Clean Energy Center.

The program has so far helped replace 2,000 less-efficient stoves, according to MassCEC CEO Steve Pike.

“Through these rebates, Massachusetts residents will have access to clean heating systems that are EPA-certified, use less fuel, and provide cleaner air for our communities,” Pike said. “The Woodstove Change-Out Program has helped thousands of residents across the Commonwealth adopt clean, efficient heating technologies and we’re pleased to offer this program for another year.”

Standard rebates under the program range from $1,000 to $1,750, depending on the emission levels and type of stove purchased. Residents who meet certain income guidelines can qualify for rebates up to an additional $1,500.

Additional information about the program can be found at masscec.com.

For more information about the program or on the right wood stove for your home, contact The Fireplace Showcase.